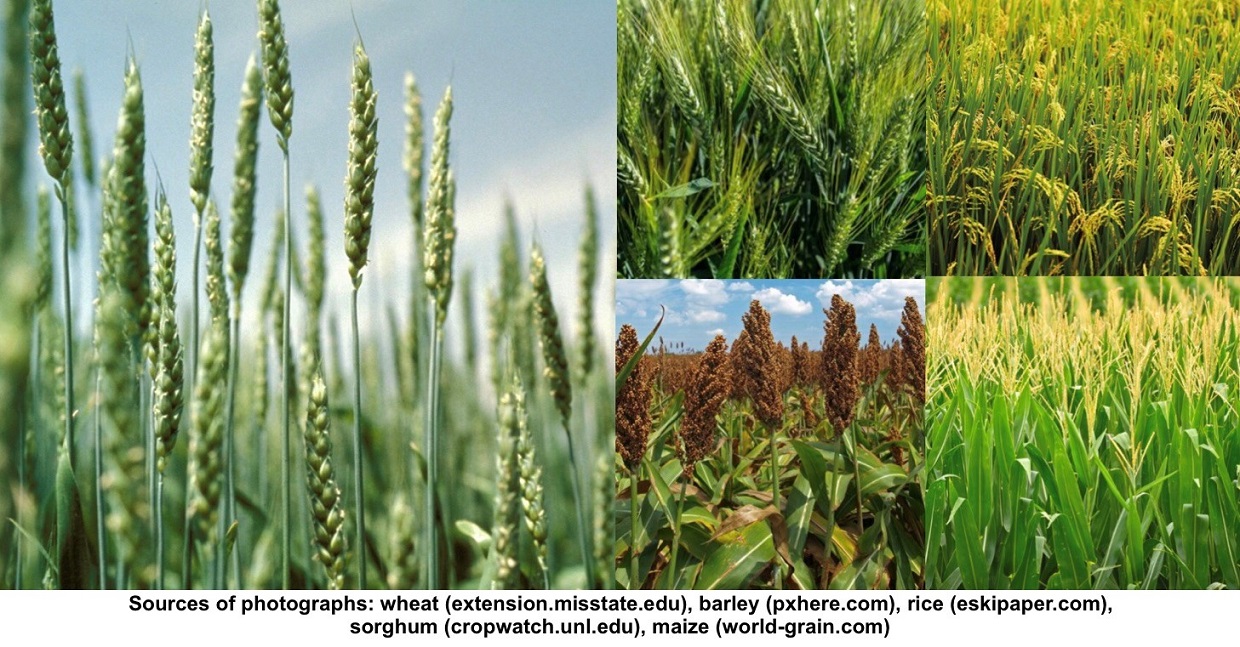 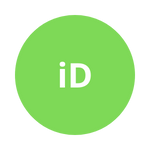 A mechanistic understanding of the genetic basis of plant defense against pathogens is critically important for manipulating resistance to our advantage. In contrast to qualitative resistance governed by single major resistance (R) genes in a gene-for-gene relationship (effector triggered immunity) with some exceptions branching out from Flor’s concept into a new paradigm, termed “Decoy model”, very little information on the nature of quantitative resistance, believed to be conditioned by several minor genes in a polygenic manner have come to be known. However, single genes conferring quantitative resistance have also been shown to operate. Strengthening of individual disease resistance by deploying novel and more effective R genes, combinations of R genes for a specific resistance trait, and combinations of R genes effective against different diseases along with insect pests for multiple resistance are in use. These include use of a few naturally modified susceptibility genes (recessive in nature) for resistance expression. Host target oriented metabolic interventions for enhancing resistance is emerging from the newer insights gathered with allelic variation of R genes and, their functions in host-pathogen interactions leading to identify innovative genetic mechanisms for exploitation. An example of this category is the concept of multi-pathogen resistance offered by single genes, a theme pursued by a team of scientists from Australia and Switzerland.

Of the nearly 200 race-specific R genes expressing rust resistance in wheat seedlings, three of them Lr67 (= Yr46/Sr55/Pm46), Lr34 (= Yr18/Sr57/Pm38) and Lr46 (= Yr29/Sr58/Pm39), are known to condition multi-pathogen resistance in bread wheat. These three genes condition non-race specificity, partial field resistance and adult plant resistance with phenotypic expression of slow pathogen development and without a hypersensitive response in the hexaploid bread wheat (Triticum asestivum) against different rust diseases, leaf rust (Puccinia triticina), yellow/stripe rust (P. striformis f.sp. tritici) and stem rust (P. graminis f.sp. tritici) together with powdery mildew (Blumeria graminis f.sp. tritici), and barley yellow-dwarf virus. Non-race specificity, characteristic of quantitative resistance trait, dilutes the pathogen selection pressure to overcome resistance. The Lr34 governed resistance has proved to be effective during the past five decades from the time of its transfer to cultivated bread wheat (cv. Glenlea) in the early 1970s evidencing its durability in a time-tested manner. Added to this, gene combinations with Lr34 are effective, in avoiding breakdown of resistance due to changes in pathogen populations as compared to wheat carrying other race specific R genes, presumably due to the ability of Lr34 to enhance the expression of these R genes.

Such genes would be of high value for disease resistance breeding due to their broad effectiveness and potential durability. Lr67 and Lr34 have been cloned and the Lr46 is yet to be characterized. Lr67 is a sugar transporter and is an orthologous of the Arabidopsis thaliana Sugar Transport Protein 13 (STP13), while Lr34 is an ATP-binding cassette (ABC) transporter. ABC transporters engage ATP hydrolysis to translocate substrates across cellular membranes. The phytohormone ABA is the transport substrate of LR34 transporter.

Allelic variations of both Lr67 and Lr34 have been encountered, and resistance and susceptibility alleles, referred to by suffixing “res” and “sus” to the gene symbols, have been detected in both these loci. The emergence of resistance-conferring variants Lr67res and Lr34res are the result of rare mutation events that occurred after domestication in ancient wheat landraces. The lineage of the Lr34res allele could be traced back to the Italian wheat cultivars developed in the early 1900s, and the emergence of pathogen strains with virulence to this gene have not been detected. This characterizes its resistance durability for over a century. The two alleles of Lr34, Lr34res and Lr34sus differ by only two exon polymorphisms, while that of Lr67, two amino acid mutations in Lr67res distinguish it from Lr67sus allele. Even in wheat, the presence of Lr34res is limited to the wheat D-genome and is absent in wheat B-genome. Orthologous Lr34 genes have also been detected in rice, sorghum and in Aegilops tauschii (Tausch’s goat grass or rough spike hard grass), the progenitor of the wheat D-genome, all carrying the Lr34sus, but not in maize, barley and in the alternative model grass, Brachypodium distachyon.

Lr34res is functionally transferable as a transgene into major cereals. Proof of concept studies involving Lr34res and Lr67res gene transformations into different grass species have shown enhanced resistance to biotrophic and hemi-biotrophic fungal pathogens causing leaf rust, stem rust and powdery mildew in barley, maize common rust and hemi-biotrophic northern corn leaf blight in maize, blast in rice, and rust and anthracnose in sorghum coupled with senescence-based late leaf tip necrosis (LTN) syndrome. LTN is a type of tissue necrosis occurring in the tips of wheat flag leaves. Its appearance is dependent on expression of Lr34res, as well as on genetic background and environmental conditions. In transgenic barley, Lr34res conditioned resistance is expressed early in the seedling stage together with LTN in contrast to the adult plant resistance in wheat, resulting in severe impairment in barley seedling growth. The appearance of LTN in wheat flag leaves is dependent on Lr34res expression. The LTN phenotype cosegregtes with Lr34res conditioned resistance enabling the use of LTN as a biomarker for Lr34res. However, other than barley, LTN does not cause any negative impact on plant growth and development. The fact that Lr34res allele confers resistance to pathogens that have a different lifestyle from rusts and mildews widens its broad-spectrum effect (Krattinger et al. 2016).  The transgenic maize with Lr34res is resistant to common rust, a biotrophic fungal disease and northern corn leaf blight, a hemi-biotrophic disease. It is already under commercial cultivation evidencing that this resistance could be functional in major cereals tested. These establish the possibility for such a broad-spectrum disease R gene to become functional across different cereal species against diverse biotrophic and hemibiotrophic pathogens.

The Australian team of scientists led by Lagudah, in a recent research article presents the genetic dissection of the multi-pathogen R gene, Lr67 (Milna et al. 2022, Preprint: bioRxiv). In this pioneering work, an electrophysiological function determining resistance in plants has been put forward using two heterologous expression systems. Lr67res protein variant has been found to confer, for the first time, a novel gain-of-function resulting in increased ion fluxes due to changes in ion permeability of the host cell’s plasma membrane, to be the causative feature of resistance. Directed flux of ions through membranes is essential for the physiological functional processes of the cells and is orchestrated by ion channels which are pore-forming proteins. These proteins span across cell membrane embedded in the lipid bilayer of animal and plant cells and organelles. In animals including humans, defective function of ion channels is known to result in diseases, but its applicability to plant diseases remained unexplored. Involvement of cation (Ca2+) permeability caused by the activated NLR (nucleotide-binding leucine-rich) receptor has already been related with hypersensitivity induced cell death. In contrast, in wheat and barley sodium chloride treatment induces LTN phenotype linked with non-hypersensitive disease resistance phenotype for the multipathogen R genes Lr67, Lr34, and Lr46 in growth conditions not favourable to the development and partial resistance suggesting both these traits are ion inducible. In fact, anion fluxes, in particular chloride have also known to regulate immune signaling. This study elegantly links anion fluxes with plant immunity using wheat and barley adding strength for its relevance to multi-pathogen disease resistance. The non-conformity of the Lr67 caused electrophysiological functions with Lr34 suggests that these two multi-pathogen resistance genes might differ in their functionality. However, how the cellular environment turns uninhabitable for the pathogen to grow and express virulence in the absence of hypersensitive response remains unknown. Nevertheless, introduction of the Lr67res-like gain-of-function into orthologous plant hexose transporters (STP13) through point mutation by altering a single amino acid becomes feasible for generating disease resistance in other crop species, especially with gene editing technologies.

2 thoughts on “Multi-pathogen resistance gets anchored”